2. Bundesliga Matchday 3 provided plenty of thrills, spills and drama as the only remaining 100% record went out the window. With several games catching the eye, who were the players that stood out through an entertaining weekend?

Despite the defeat in Bochum, Niklas Lomb put in a very solid showing between the sticks for Sandhausen. Kenan Kocak preferred him to number one, Marcel Schuhen and the Bayer Leverkusen loanee did not let him down. Lomb coped with the pressure on what was his 2. Bundesliga debut, making several solid saves to keep his side in the game.

Marcel Risse has benefited greatly from the injuries which have sidelined Benno Schmitz and Matthias Bader. 1. FC Köln came into the 2. Bundesliga as huge favourites and after a tough first showing for Risse, he has adapted very well. Against Erzgebirge Aue and a near non-existent attack, the 28-year-old managed to showcase his talents on a more regular basis.

The Lilies’ capture of Marcel Franke with an option to buy has, so far, turned out to be a masterstroke. Paired up with Aytac Sulu in a very settled side, Franke looks back to the form of old which earned him a move to Norwich in the first place. A 3:0 win might appear routine, although he marshalled the Duisburg forwards with calm and confidence.

Even though Danilo has his moments in a defensive sense, the Brazilian has been incredibly solid over the last two weeks. The team bounced back well following their disappointing defeat in the Pokal, and picked up where he left off against Duisburg. As a result, Danilo was solid in both attack and defence and is one of Bochum’s star performers this season.

After a poor showing against FC St. Pauli on his return to the Darmstadt side, Marcel Heller made up for that and then some back at the Stadion am Böllenfalltor. His hat-trick of assists helped the Lilies to an impressive 3:0 win, and his superb speed was there for all to see as he looks to lead the charge back to the Bundesliga. 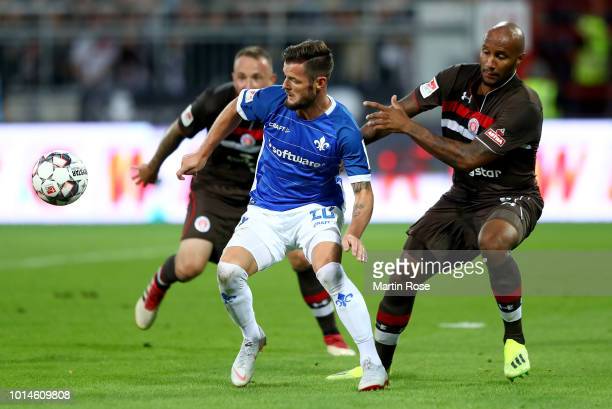 Another player who has been a constant in the Bochum side this season, in addition to Danilo, has been Anthony Losilla. The midfielder continues to go under the radar with his solid work in the middle. Another fine showing, even though his midfield partner, Robert Tesche scored the winner, was noteworthy in a tough battle against Sandhausen.

Manuel Schmiedebach’s 2. Bundesliga experience has added even more bite and experience to Union’s midfield. That was clear to see on Sunday afternoon and while St. Pauli were unfortunate to lose 4:1, he was part of a hugely efficient home performance. Above all, Schmiedebach capped off a steady showing with an assist for Sebastian Andersson’s first goal.

There are certainly very few players who hold quite as much importance at their club as Marc Schnatterer, therefore it’s no surprise to see him scoring yet another brace in 2. Bundesliga. Heidenheim eventually got their first league win of the season at their third attempt, with another Schnatterer free-kick playing a sizeable part.

It’s hard to find words to describe one of 2. Bundesliga’s greatest ever goalscorers, but we should certainly make the most of Simon Terodde while he’s here. The experienced goal-getter showcased just that on Saturday and, above all, a real masterclass in positioning for his first two goals. His third was a trademark finish when one-on-one into the far corner. 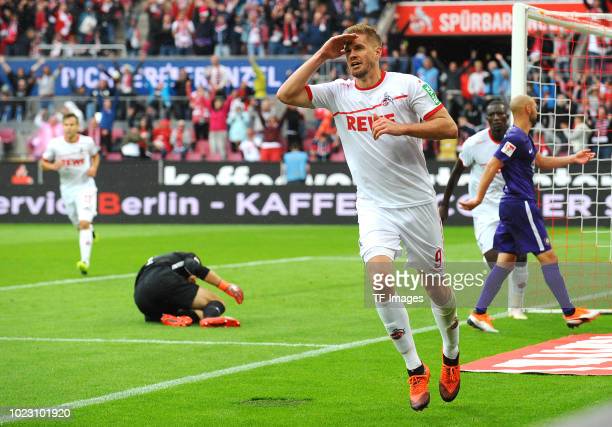 One of his goals might have been a penalty, but it’s hard to underestimate the influence that Pierre-Michel Lasogga has on this HSV side. They look much better since Christian Titz opted for his presence as a traditional number nine, so another bustling performance was no surprise to all those at the Volksparkstadion who witnessed his brace.

Last but by no means least, Sebastian Andersson rounds off the team. The Swede continued his excellent goalscoring form by finding the net with another well-taken finish after the break before rounding off the scoring late on. His three goals in three games has left the fans purring. So, due to Andersson’s form, where does Sebastian Polter fit in when healthy?

2. Bundesliga Team of the Week

Jonny is a 2. Bundesliga fanatic who does little else with his time other than follow, watch, write about, think about, and promote his favorite league. When he isn't in university or trying to defend the Bundesliga's 50+1 rule, you'll most likely find him watching whatever football he can find on TV. Follow him @jonathanwalsh_