Bayer Leverkusen. One of the few corporate clubs in Germany. Leverkusen started off this season under the control of manager Roger Schmidt, but that came to an end in March when Bayer Leverkusen were in danger of missing out on European football for the first time since 2009, as for the club was sitting 9th on the table. The solution, in the club’s eyes, was to bring in Tayfun Korkut, a man who failed to get the job done with Kaiserslautern. What could go wrong?

A lot. In fact things got much worse! The only victory Korkut managed to get out of the Bundesliga side in ten matches was against Darmstadt, who found themselves in last place and relegated. As the season came to a close, the club survived relegation with a 12th place finish. One might think that the club could take advantage of not having European football and resetting to rebound the next season. One slight problem. Most of the players on the roster are, on paper and mentally, too good for a midtable side. So who is leaving? (Brace yourselves, it’s a long and high-quality list.)

First off, Turkish star and defensive stalwart Ömer Toprak has already exited the club for Borussia Dortmund on a €12m deal. Toprak was one of the more consistent defenders for Leverkusen in a campaign where defense was a question mark. Without European football and other clubs knowing the state of desperation Bayer Leverkusen could potentially find themselves in, it will be incredibly hard bringing another top class defender to the club.

Another Turkish star who has left the club is Hakan Çalhanoğlu. Çalhanoğlu left for the re-surging AC Milan side on a €22m fee, which you cannot really blame him for doing. Unfortunately for Bayer Leverkusen, the club did not see much of him in a season where they really could have used him thanks to a ban. The 23 year old free kick wizard received a four month ban due to a contract breach. One can only wonder where the club would have finished had he not been banned.

Mexican superstar Javier Hernández is also expected to be leaving the club, although his destination is unclear. Reports are suggesting EPL side West Ham United are interested, but he has recently spent a lot of time in Los Angeles. LA is mentioned because upcoming MLS expansion side LAFC are largely interested. After speaking to Michael  J. Duarte with NBC LA, it has become clear to me that LAFC are absolutely determined to bring in Hernández as the poster child of the club. The only problem is the club does not begin play until 2018. Hernández is interested in leaving the club immediately. If LAFC is the destination, Hernández will not leave until next summer. If West Ham United is the destination, expect Chicharito to exit this summer.

The young Brazilian fullback, Wendell, is reported to be on Roma’s radar. Roma is a club that seems to be in constant need of a fullback and Wendell appears to be the latest. Wendell has been a main feature for Bayer Leverkusen and will be a key loss if he does exit. 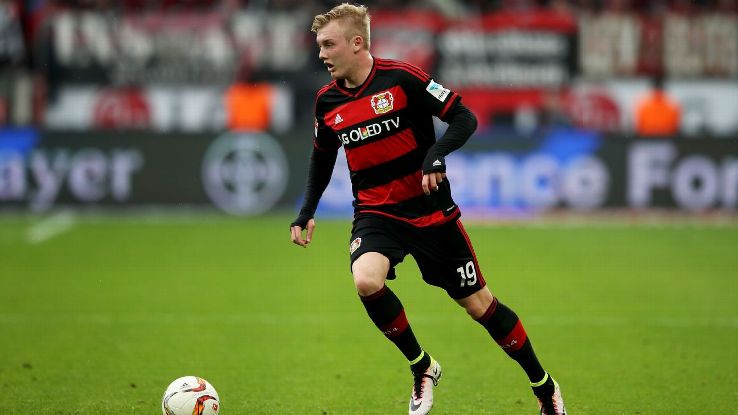 German international Julian Brandt has ruled out a move this summer, but he is also expected to leave next summer for Bayern. The young winger has shown loads of potential over the past seasons and there really is not anyone that Leverkusen could bring in to truly replace him.

Slovenia star Kevin Kampl is also reportedly uninterested in staying around, especially after Roger Schmidt was sacked. Kampl is just 26 years old and has shown he can play at a respectable level in the Bundesliga, he may look to move to a club playing in Europe with the expectation of not playing every week.

Bernd Leno is the backup goalkeeper for the German national team and is regarded as one of the better goalkeepers in the world, despite the inconsistencies. Liverpool, Arsenal, and Inter Milan are all linked and Real Madrid have been linked in the past. The 25 year old will likely draw a steep price tag if the door to exit opens.

Have you been keeping track? That makes it seven key figures who could be or are on the move. The transfer fees are not huge, and no star names (unless you count Sven Bender as a star) are reported to be arriving at the club. If Bayer Leverkusen face this mass exodus that the papers are reporting, it could be a very long battle of survival for the club. As the new Bundesliga campaign approaches, we can only gather and watch to see if new manager Heiko Herrlich will do something great for the club with the dwindling resources and talents he seems to have.

Hailing from Ohio in the U.S., Aidan started watching soccer to better understand the game he played. Now he's a coach specialized in goalkeeper training, and loves writing about the Bundesliga. Aidan's true love is Borussia Dortmund, but respects the passion of all Bundesliga clubs (even Schalke). Aidan also contributes writing to the Yellow Wall Pod and underthecoshblog.com (Canadian soccer coverage). You can find him on twitter @aidan_reagh.

Why Julian Brandt Should Look Beyond Bayern Munich

Back in April reports surfaced that Bayer 04 Leverkusen prodigy Julian Brandt had agreed terms with Bayern Munich. It was believed the, then 20-year-old would become yet another young German talent to turn up at […]

Bundesliga matchday 2 is done and dusted with nine fascinating games producing goals, excitement, drama, controversy and everything you would expect from the best league in the world. But now the dust has settled, let’s […]

Having laboured to a single-goal win over Hertha BSC the week before FC Bayern München would be pitted in the late Saturday afternoon Spitzenspiel against third-placed Bayer Leverkusen, and would once again claim all three […]