It’s the Revierderby this weekend and the much-anticipated clash between current league leaders Borussia Dortmund and their fierce Ruhr rivals Schalke. The big match is however not the only point of interest with the Bundesliga serving up eight other intriguing games on matchday 14- both at the top and at the bottom of the table.

So, let’s take a look at five talking points ahead of the weekend action as a way of previewing matchday 14.

It is almost a year ago to the day that we were lucky enough to witness one of the greatest Revier derbies of all-tie when Schalke fought back from 4-0 down to stun Borussia Dortmund and secure a share of the spoils in a remarkable 4-4 draw.

Back then on matchday 13 of the 2017-18 season the fortunes of the two Ruhr rivals were going in two very different directions with BVB under Peter Bosz on a downward spiral and Schalke under Domenico Tedesco on the rise. Twelve months on and the fortunes have changed with the Schwarzgelben top of the table and the Königsblauen floundering in the bottom half of the table- a full 19 points their local foes.

We are all set then for a fascinating match-up at the Veltins Arena on Saturday. Can Dortmund continue their unbeaten start to the season or will the huge occasion inspire the hosts pull off a special performance to kick-start their own thus far disappointing campaign?

Dortmund must start as favourites with Marco Reus, Jadon Sancho and the impact sub Paco Alcácer all in top form, the midfield axis of Alex Witsel and Thomas Delaney functioning superbly and the defence anchored around Abdou Diallo and Manuel Akanji keeping things tight at the back.

It is harder to pinpoint a current strength in the Schalke line-up, but in the Derby, form can go out of the window with passion playing a greater role.

(2) Can Nürnberg emulate Düsseldorf and stun Bayern in the Fränkisch-Bayerisches Derby?

On paper and on reputation Bayern Munich should be odds on favourites to win this weekend’s derby, but this season has seen Niko Kovac’s side losing the sheen from its reputation somewhat along with some important Bundesliga points.

Just two weeks ago a struggling Fortuna Düsseldorf side stunned Bayern with a Dodi Lukebakio hat trick helping them to a share of the spoils at the Allianz Arena. Could history be about to repeat itself with der Club grabbing a slice of the limelight by inflicting further woe on FCB?

“We’re at home to Nürnberg and we’re the clear favourites. But we have to be fully focussed for 90 minutes. If we win the game then we can hopefully put together a long run of wins,” Niklas Süle said this week.

“We have to take it game by game and that starts on Saturday. We’re on the right track given the way we’ve trained and played over the last few weeks.”

You have to go back to Match 1992 however for the last time Nürnberg left Munich with all three points against Bayern. 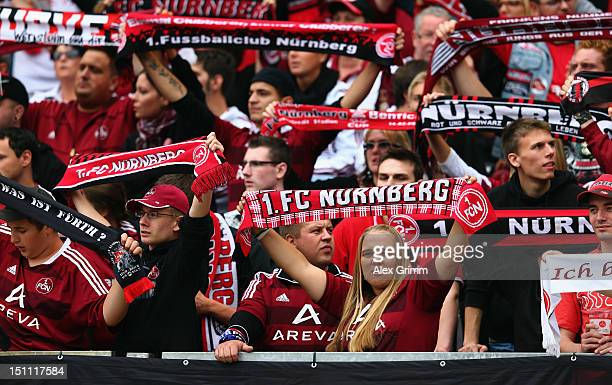 Skripnik……Nouri……Kohfeldt? Now Werder Bremen are far from the sort of dire crises that saw former youth trainers turned Bundesliga coaches Viktor Skripnik and Alexander Nouri sacked after promising starts to their coaching careers, but the pressure is starting to mount on current Werder boss Florian Kohfeldt.

An impressive start to the season which saw the Grün-Weißen take seventeen points from their first eight games has been clouded slightly by a recent run of four defeats and a draw. They have dropped from third to eighth and a win is desperately needed to stop the rot.

Visitors Fortuna look ripe for the picking as they prop up the Bundesliga table, but their performance at the Allianz Arena to secure a 3-3 draw two weeks ago shows that Friedhelm Funkel’s side should not be underestimated.

Speaking after last week’s defeat to Bayern, defender Niklas Moisander said, “We do not have the same levels of confidence that we had at the beginning of the season. We are not as courageous in our attacking play in comparison to earlier in the campaign. We need to remember that we are still a good team.

“If we want to play European football next season, we have to beat Düsseldorf” he added. Shame that he won’t be playing after being sent-off last weekend. 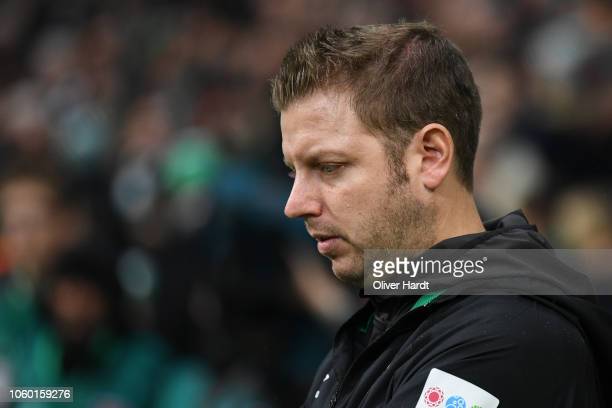 (4) Is the heat going to be turned up on Andre Breitenreiter and Heiko Herrlich?

We have currently only had one coaching casualty this season with poor old Tayfun Korkut ousted at VfB Stuttgart, but if there is to be another sacking before the Winterpause, then the likeliest candidates surely look to be Hannover’s Andre Breitenreiter and Bayer Leverkusen’s Heiko Herrlich.

Last weekend’s home loss to Hertha saw the Niedersachsen side drop into the bottom two for the first this season and was their fourth defeat in five games. President Martin Kind has come out to back Breitenreiter and said that a change of trainer is not up for discussion and that even Jürgen Klopp would struggle at Hannover at present.

Breitenreiter may have the public backing of his boss, but another loss away at Mainz would just raise the heat.

Heiko Herrlich is under similar scrutiny over at Leverkusen with his incredibly talented squad continuing to under-perform. Last weekend saw them come away from struggling Nürnberg with just a point. 15 points from 13 games is a very disappointing return from a team containing such talents as Julian Brandt, Kai Havertz, Jonathan Tah and Leon Bailey.

Maybe expecting a flowing display in the swimming pool that was the Max Morlock Stadion was a bit much to ask, but a better showing will be expected and demanded at home to Augsburg this weekend. Another below-par performance will only heap more pressure on coach Herrlich. 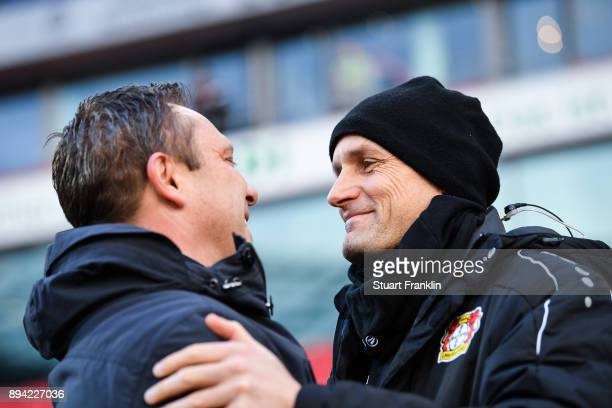 (5) Can Mönchengladbach and Frankfurt get back to winning ways?

The Foals and the Eagles had been flying high going into matchday 13 and were on the trail of league leaders Dortmund. Both however came unstuck last weekend with defeats and will both be dead keen on returning to winning ways straight away this weekend.

Dieter Hecking’s Gladbach were comfortably beaten 2-0 away at RB Leipzig with Timo Werner doing the damage upfront and the Leipzig back four maintaining their impressive recent form by keeping out a hitherto potent Borussia forward line.

Eintracht Frankfurt were also brought down to earth following their highly impressive midweek Europa League victory over Marseille. A surprise 2-1 loss at home to Wolfsburg stopped the Eintracht juggernaut, but one loss shouldn’t be end of the world.

With Bayern and RB Leipzig looking putting on the pressure for the top four berths, a return to winning ways will much appreciated this weekend for Gladbach and Eintracht.

Florida Cup 2015: Disney and the Bundesliga, a match made for photo ops

With the matches just two days away, the Florida Cup leveraged some help from Orlando’s most-famous resident, using a bit of Mickey Mouse magic to help spread the word about the football tournament taking place […]

With the poor Hinrunde now a thing of the past, the Werder faithful can enter the Rückrunde with a real sense of optimism following their 2-0 win over Hertha BSC at the Weser Stadion. The three […]

After months out of the spotlight, Mario Götze has finally made his long-awaited comeback for Borussia Dortmund Saturday in Japan and will be looking forward to making his mark in the 2017-18 season. It seems […]