This article originally appeared on the excellent Futbolgrad site, and is posted here with permission of the author.

Yevhen Konoplyanka to FC Schalke 04? What appeared to be just another silly rumour in the final days of the 2016 summer transfer window, soon started to become a possibility, and then quickly moved to reality.

Even before either FC Sevilla, Konoplyanka’s old club in Spain, or Schalke, his new club in Germany, could confirm the deal, the news was leaked via Schalke’s online fan shop, which made it possible for fans to purchase shirts with Konoplyanka’s name and number printed on them—the marketing company later noticed their mistake and took the player from the list.

Then just hours later, Schalke’s official twitter account @s04 showed a picture of a happy Konoplyanka smiling into the camera, as the Ukrainian was about to finalize his move to the Bundesliga. By the time I had finished writing up the article Schalke had announced that Konoplyanka had signed on a loan deal with Schalke 04. The Königsblauen also have a clause to make the deal permanent, which is understood to be in the region of €20 million. 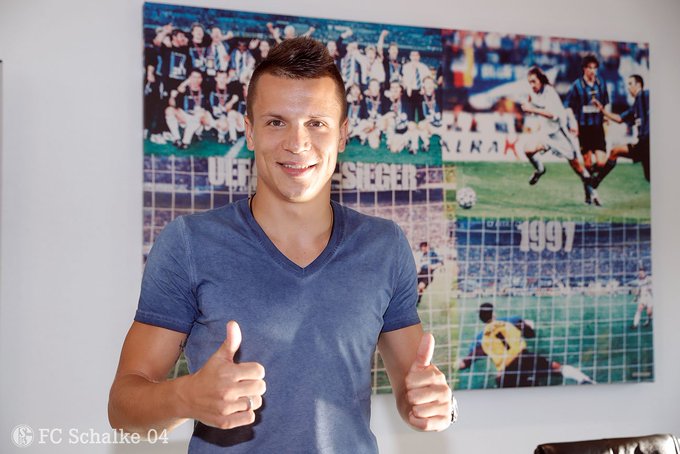 Hence, after just year in Spain, Konoplyanka is moving on from Sevilla, despite the fact that the transfer last summer from his Ukrainian club, Dnipro Dnipropetrovsk, to Sevilla was extremely difficult.

Officially, Konoplyanka was a free agent last summer, In truth, however, it was a difficult transaction (read more about here), as Konoplyanka had made a deal with Dnipro’s owner Ihor Kolomoyskyi, which meant that Kolomoyskyi was able to earn money on Konoplyanka’s move from Ukraine to Spain.

Sevilla’s sporting director, Monchi, believed that the difficult Konoplyanka transfer was justified because Konoplyanka had the talent to grow his transfer value, and could be sold with a profit in the coming years—even with a third-party benefiting from the deal.

Yet, despite his wealth of talent, the Ukrainian never seemed to truly fit into Sevilla’s system. Furthermore, the Ukrainian national team player was plagued by several small injuries, which made it difficult for him to solidly establish himself in the first team.

Last season under head coach, Unai Emery, who has since left the club to manage Paris Saint-Germain, Sevilla played possession based football, with lots of short passes, and with the wingers playing like wide playmakers. Sevilla’s new manager Jorge Sampaoli is expected to continue Emery’s tradition, but at the same time play even more offensive football.

Sampaoli also likes to play with two strikers, and three defenders and, in the 3-5-2 formation that he frequently used with Chile, the wing-backs were entrusted with both offensive and defensive duties. For Konoplyanka this meant that he would have to adapt to either play wing back, or become a second striker.

But it appeared that Sampaoli was not convinced that the Ukrainian winger could adapt to his preferred system—especially as Konoplyanka lacks defensive awareness. At the UEFA Super Cup, Konoplyanka spent much of the match on the bench, and was only brought on in the 67thminute.

Konoplyanka then scored Sevilla’s second goal in the Super Cup to make it 2-1 via a penalty—Real Madrid later equalized and won the game in extra time.

Then on August 17, Konoplyanka played 90 minutes in Sevilla’s Spanish Super Cup defeat against FC Barcelona. The match against Barcelona seemed to convince Sampaoli that Konoplyanka was not the right man for his system, as he did not feature in Sevilla’s 6-4 victory in the La Liga opener against Espanyol Barcelona, and also failed to appear in Sevilla’s 0-0 tie against Villarreal.

Konoplyanka is destined for Bundesliga success

Now Konoplyanka is on the move again and, this time, his destination is the German Bundesliga, which could benefit the Ukrainian’s career. Indeed, Konoplyanka was already linked with a move to Germany last season, when Borussia Mönchengladbach appeared to be interested in the left-winger.

The Bundesliga could indeed be the logical choice for the fast winger, who showed his pace and his ability to create goal scoring chances during Ukraine’s Euro 2016 group stage match against Germany, which was perhaps Ukraine’s best match in a disappointing tournament.

German football is the highest scoring league in Europe, and is well-known for its backward and forward all open attacking style. Tactically, the league defines itself with its Umschaltspiel—switching without a break from defence to attack—which should be a perfect fit for Konoplyanka, who can stand out when he receives the ball in his own half and can attack with pace down the wing.

The key will be to ensure that Konoplyanka finds an environment at Schalke where he can find his form that made him a key player for the Dnipro Dnipropetrovsk side that reached the UEFA Europa League final in 2015.

Schalke’s sporting director Christian Heidel, who signed for the club in the summer after a prolonged period at Mainz 05, is known, not only for making complicated deals, but also for finding players who perfectly fit into his football philosophy. Newly signed head coach, Markus Weinzierl, meanwhile, is looking to build a squad that is will challenge for a UEFA Champions League spot this season. 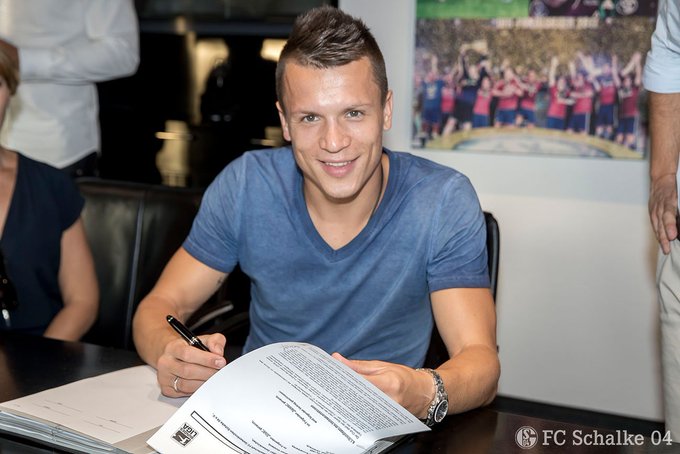 Weinzierl, furthermore, has promised attractive football in Gelsenkirchen and, with Konoplyanka, the club now appears to have signed a player who can realize this promise, as an inform Konoplyanka can be one of the most spectacular wingers on the continent.

Manuel Veth is the Editor in Chief of the fascinating Futbolgrad, a football website that covers all the post-Soviet states. You can also follow Manuel on Twitter at @homosovieticus

Finland captain Niklas Moisander has a lot to prove. Leaving Sampdoria twelve months into a three-year-deal, his move to Italy can only be seen as a failure. He moved to Samp on a free transfer […]

There was a time when Hamburger SV were at the top of not only the German landscape, but all of Europe as well. Hamburg won the Bundesliga and CL in the 1982/83 season, after winning the […]

Playing a match against Bayern feels like a waste of time for most relegation threatened sides these days. The Bavarians seem to be able to dispose of the opposition from the bottom end of the […]